So, the scandelous news is public!! All that these guys know is only from......BOOKS!

Anyone who has followed their detailed, funny and well documented stories from the great JC to Stalin, from Brutus to Beria or from Alexander to Rooswelt would have thought that Ray&Cam must have a misterious time machine, hidden somwhere in Ray‘s secret basement, just behind the dark-age tourture machines. How else could Ray&Cam have discovered that many famous songs from the 1980‘s were in fact written by ancient singer&songwriters, among them the Toto Song Africa, which was originally composed by Sextus Pompeius, better known to the podcast community as Sexi Pee.

Since all Ray&Cam know is from books, the still have to read the book of books received in Florence. No, not the bible, the book about how the 99% rule over the 1% instead the other way around. Yes, read the book about the secret formula to limit government spending on arms and direct cash to hospitals, schools and roads instead and how to tax the rich! The book is about Direct Democracy in good old Switzerland, a country with 4 impossible languages, sorunded by powerful neigbhours and divided by different religous believes and high mountains.

Well, so keep reading your books! Great to listen to your podcasts! 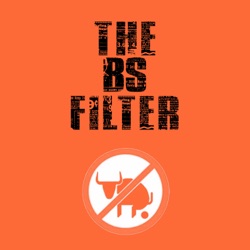